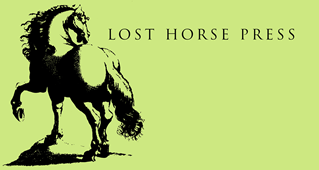 According to the organization Heart of the Earth—the national leader in Native language renaissance—advocating for realization of the Native American Languages Act, “there are approximately 225 Native American languages still spoken in the United States, 60 in Canada, and 125 in Central America. In South America, the number of Indigenous languages numbers in the range of 300 to 400. The majority of these languages are endangered or threatened. If these languages go silent, all the thousands of years of human knowledge—pharmaceutical plants, ceremonial knowledge, astronomical knowledge, cultural history, interpretation of treaties—this knowledge will be lost. It is like the burning of the Library at Alexandria taking place hundreds of times over.”

Regenerations: Indigenous Poetry Series will promote Native poetry which has always provided a vibrant source of artistic and community outreach while also combining the efforts of initiating endangered language preservation, education and research.

The series is currently accepting queries from emerging and established Indigenous poets who speak their tribal language or have resources to a tribal language speaker who can provide translation for their work. Please email queries to losthorsepress@mindspring.com or mail to:  ”Regenerations”  •   Lost Horse Press  •  105 Lost Horse Lane  •  Sandpoint  •  Idaho  •  83864

Hunkpapa Sioux poet Tiffany Midge serves as the Series Editor, and Christine Holbert is the publisher.

by Deborah A. Miranda

“If we allow the pieces of our culture to lie scattered in the dust of history, trampled on by racism and grief, then yes, we are irreparably damaged. But if we pick up the pieces and use them in new ways that honor their integrity, their colors, textures, stories—then we do those pieces justice, no matter how sharp they are, no matter how much handling them slices our fingers and makes us bleed.” Link to Heyday site here

From the Heyday website:  Deborah A. Miranda is an enrolled member of the Ohlone Costanoan Esselen Nation of California, and is also of Chumash and Jewish ancestry. The author of two poetry collections—Indian Cartography, which won the Diane Decorah Award for First Book from the Native Writer’s Circle of the Americas, and The Zen of La Llorona, nominated for the Lambda Literary Award—she also has a collection of essays, The Hidden Stories of Isabel Meadows and Other California Indian Lacunae, forthcoming from the University of Nebraska Press. Miranda is an associate professor of English at Washington and Lee University and says reading lists for her students include as many books by “bad Indians” as possible. Visit Deborah Miranda"s blog: When Turtles Fly
Posted by Just the facts please, Ma'am at 2:19 PM 1 comment:

As Us is a literary space for women of the world.  http://asusjournal.org/ 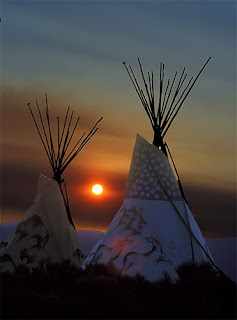 Letter from the Editors

We seek to publish both emerging and established women writers. It is our hope that As/Us will be a convergence of international voices that speak to both diverse and shared experiences. We are open to works that span a variety of topics – work that challenges conventions and aesthetics either on a narrative or formal level, work with purpose, vision, and something at stake. Send us work that you think deserves a space in the world!

As/Us is published twice a year online with a yearly “Best Of” print issue.

Please visit AS US at http://asusjournal.org/
Posted by Just the facts please, Ma'am at 3:26 PM No comments:

Working with the poems in this folio, I remembered the introduction to Reinventing the Enemy’s Language—an anthology of contemporary Native women’s writings of North America. There, Joy Harjo wrote, “The literature of the aboriginal people of North America defines America. It is not exotic. The concerns are particular, yet often universal. Anyone of these lands shares in the making of this literature, this history, these connections, these songs. It is a connection […] constructed of the very earth on which we stand.” Harjo wrote this in the 90s and I mused on how to introduce the works in this, Drunken Boat’s collection, now.  Read the rest here.

Posted by Just the facts please, Ma'am at 8:30 PM No comments:

LeAnne Howe (Choctaw Nation of Oklahoma), author of fiction, poetry, screenplays, creative non-fiction, plays, and scholarly articles, is the winner of the 2012 Lifetime Achievement Award from the Native Writers’ Circle of the Americas. A well respected and honored author, LeAnne Howe’s books include Shell Shaker (2001), winner of an American Book Award in 2002 from the Before Columbus Foundation; Equinoxes Rouge, the French translation of Shell Shaker, a 2004 finalist for Prix Medici Estranger, (one of France’s top literary awards); Evidence of Red (2005), winner of an Oklahoma Book Award in Poetry and Wordcraft Circle Award in 2006; and Howe’s most recent novel, the acclaimed Miko Kings: An Indian Baseball Story (2007) was the 2009-2010 Read-In Selection at Hampton University in Hampton Virginia.

Howe is screenwriter and on-camera narrator for the 90-minute PBS documentary Indian Country Diaries: Spiral of Fire (2006); she is also writer/co-producer of Playing Pastime: American Indian Fast-Pitch Softball and Survival, both documentaries with James Fortier (a three-time Emmy award winner filmmaker). Her scholarly work has appeared in Clearing a Path: Theorizing the Past in Native American Studies (2001), Pre-removal Choctaw History: Exploring New Paths (2008) and Reasoning Together: Native Critics Collective (2008), for which Howe is listed as a co-author. Reasoning Together was named one of the most influential Native texts of the first decade of the 21st century.

In 2010-11, Howe was a J. William Fulbright Scholar at the University of Jordan, Amman, where she taught in the graduate program as well as conducted research for a new novel. In March 2011, she was awarded the Tulsa Library Trust’s “American Indian Author Award” in Tulsa, Oklahoma; and the Maynard Institute for Journalism Education named Howe one of 30 American Indians authors to celebrate during Native American Heritage Month, November 2011. Additionally, Howe’s multi-genre autobiographical and scholarly prose essay, “My Mothers, My Uncles, Myself” appears in Here First: Autobiographical Essays by Native American Writers (2001), and her scholarly work on Tribalography[1] (a term she coined) has found traction with other literary critics in the field such as professors Dean Rader, Jill Doerfler, Joseph Bauerkemper, among others.


Natanya Ann Pulley guest blogs on 'Girls in a Tight Place.'  Read all about it HERE

Excerpt:  I began to write non-fiction without the pressure to speak to/for a people held in, between or from tradition. I wrote for me: the me that threw my arms up and said, I don’t know how to do any of it! How to recover a heritage—how to speak to a past time—how to hold it all together. My mother left the Navajo reservation when she was five to live with an LDS family in the Indian Placement Program.  There is too much in that one line for any one story, for one book, for one life. There is too much in it and I have learned to respect it. To respect that it is a still-beating thing. That my heritage shifts in color, size, texture. It sings many songs and continually cuts its own legs off to start again. It boils to steam and drifts to airs and comes back to me in rain, wind, in breath. In smog.
Posted by Just the facts please, Ma'am at 2:26 PM 1 comment: Today I was thrilled (trill-worthy!) to see Dine author and fellow co-editor Natanya Ann Pulley's "An Open Letter to Johnny Depp's Tonto" published in McSweeney's Internet Tendency. This is major coup (yes, a pun!) for Native writers; we don't often see our names published in mainstream publications and most certainly not in this context--a letter of protest, but a really scathingly funny, clever and dare I say, non-confrontational, letter of protest.

For any of you just tuning in Natanya and I have been compiling submissions for "Good Medicine: A Native Anthology of Humor" to be published by Lost Horse Press. This is a photo of me posing next to my inner bitch, and this is a photo of Baby Natanya posing with a glob of green
slime, or maybe her lunch? Who am I to question the traditional Navajo cuisine.

Just the facts please, Ma'am
Tiffany Midge is a current resident of the state of Idaho and a sometimes resident of Seattle, Washington, with summertimes spent near the Wyoming border in majestic Teton Valley. Living in Idaho means she's heavily armed and owns a vicious dog who don't cotton to strangers. For some time now, Tiffany has entertained notions of creating a place to house book reviews and other writerly things concerned with Native American writing, NDN lit, Indigenous scribes or First Nations’ typewriter warriors, or whatever it’s being called these days. She has high hopes of posting interviews with preeminent NDN authors, and even some not-so-eminent on this here site too, that is if anyone would ever return her calls. For many moons now Native people have been rudely portrayed as mono-syllabic imbeciles who are either intent upon scalps and liquor or viewed as flying Indians and unicorns by the motion picture industry and mainstream pop culture. UGH: Uncivilized Grunting Heathen is Tiffany’s retort to decades of maligned treatment of the Noble Red Man.